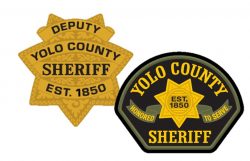 The Yolo County Sheriff’s Office takes seriously all complaints regarding the service provided by the Office and the conduct of its members.

The Office will accept and address all complaints of misconduct in accordance with policy and applicable federal, state and local law, municipal and county rules and the requirements of any collective bargaining agreements.

It is the policy of this office to ensure that the community can report misconduct without concern for reprisal or retaliation.

Inquiries about conduct or performance that, if true, would not violate Office policy or federal, state or local law, policy or rule may be handled informally by a supervisor and shall not be considered a personnel complaint. Such inquiries generally include clarification regarding policy, procedures or the response to specific incidents by the Office.

All complaints will be courteously accepted by any office member and promptly given to the appropriate supervisor. Although written complaints are preferred, a complaint may also be filed orally, either in person or by telephone. Such complaints will be directed to a supervisor. If a supervisor is not immediately available to take an oral complaint, the receiving member shall obtain contact information sufficient for the supervisor to contact the complainant. The supervisor, upon contact with the complainant, shall complete an inter-office memorandum and forward it to the Division Commander via the chain of command.

Although not required, complainants are encouraged to file complaints in person so that proper identification, signatures, photographs or physical evidence may be obtained as necessary.

Every supervisor assigned to investigate a personnel complaint or other alleged misconduct shall proceed with due diligence in an effort to complete the investigation within one year from the date of discovery by an individual authorized to initiate an investigation (Government Code § 3304).

Each personnel complaint shall be classified with one of the following dispositions:

Unfounded – When the investigation discloses that the alleged acts did not occur or did not involve office members. Complaints that are determined to be frivolous will fall within the classification of unfounded (Penal Code § 832.8).

Exonerated – When the investigation discloses that the alleged act occurred but that the act was justified, lawful and/or proper.

Not sustained – When the investigation discloses that there is insufficient evidence to sustain the complaint or fully exonerate the member.